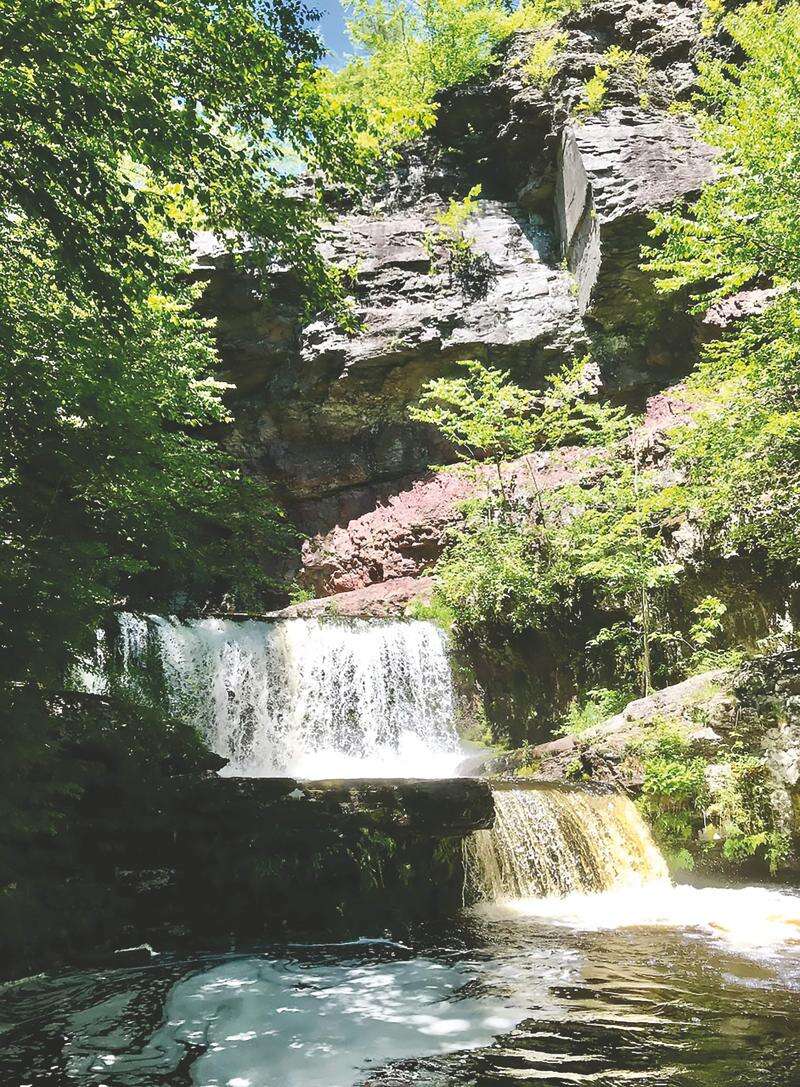 The trail to Indian Ladder Falls is not usually open to the public, but for Brodhead Watershed Association’s annual Ramble, it will be accessible to all online during a special virtual event.

This year, the creek tour in which people “ramble” along some of the Pocono area’s pristine creeks and streams will be held virtually, with video shot on the beautiful grounds of Skytop Lodge.

Skytop’s naturalist, Rick Koval, and BWA’s hike leader, Carol Hillestad, guide this visit to the falls. To see the video, photos and a feature story, go to brodheadwatershed.org/ramble.

Among the natural wonders to be seen: a tiny orchid, some of the largest rhododendrons in Pennsylvania, a state-listed champion mountain maple tree, a rare native plant called white twisted stalk, striped maples, a porcupine den and 400,000-year-old boulders.

Important note: Skytop land is private and patrolled, and trespassing is illegal.

Brodhead Watershed Association is a nonprofit environmental organization formed in 1989 and is dedicated to protecting and preserving water resources and the environment of the Brodhead watershed.