Vaccine skepticism runs deep among white evangelicals in US 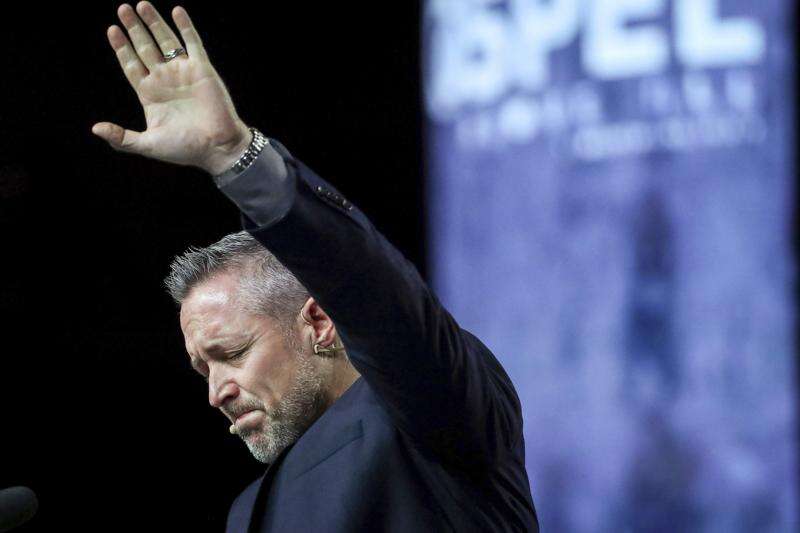 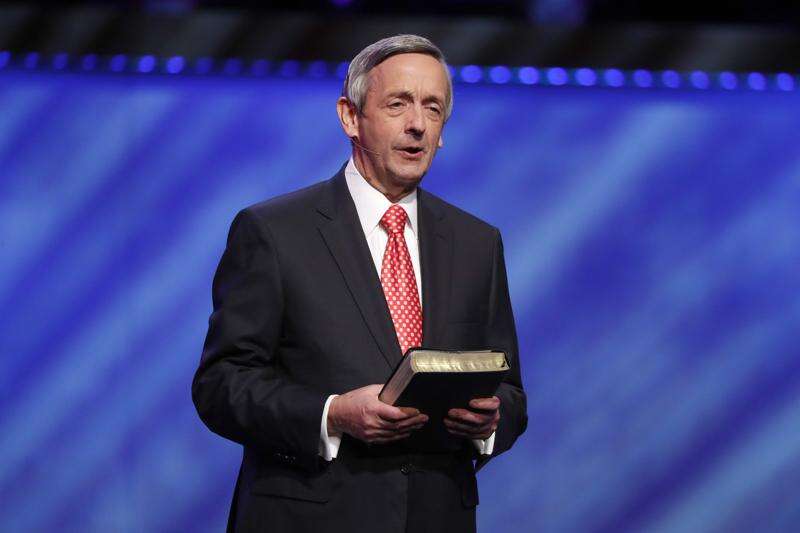 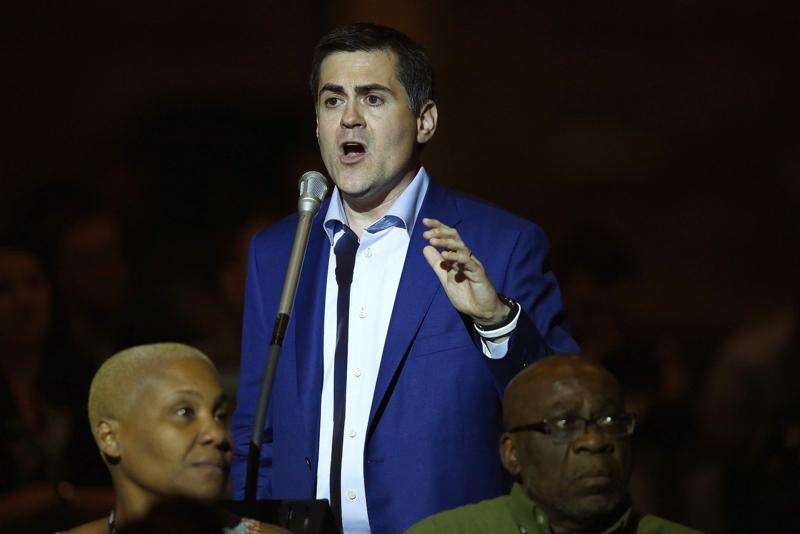 The president of the Southern Baptist Convention, America’s largest evangelical denomination, posted a photo on Facebook last week of him getting the COVID-19 vaccine. It drew more than 1,100 comments - many of them voicing admiration for the Rev. J.D. Greear, and many others assailing him.

Some of the critics wondered if worshippers would now need “vaccine passports” to enter The Summit Church in Durham, North Carolina, where Greear is pastor. Others depicted the vaccines as satanic or unsafe, or suggested Greear was complicit in government propaganda.

The divided reaction highlighted a phenomenon that has become increasingly apparent in recent polls and surveys: Vaccine skepticism is more widespread among white evangelicals than almost any other major bloc of Americans.

In a March poll by The Associated Press-NORC Center for Public Affairs Research, 40% of white evangelical Protestants said they likely won’t get vaccinated, compared with 25% of all Americans, 28% of white mainline Protestants and 27% of nonwhite Protestants.

The findings have aroused concern even within evangelical circles. The National Association of Evangelicals, which represents more than 45,000 local churches, is part of a new coalition that will host events, work with media outlets and distribute various public messages to build trust among wary evangelicals.

“The pathway to ending the pandemic runs through the evangelical church,” said Curtis Chang, a former pastor and missionary who founded ChristiansAndTheVaccine.com, the cornerstone of the new initiative, With white evangelicals comprising an estimated 20% of the U.S. population, resistance to vaccination by half of them would seriously hamper efforts to achieve herd immunity, Chang contends.

Many evangelical leaders have spoken in support of vaccinations, ranging from Dallas megachurch pastor Robert Jeffress to the Rev. Russell Moore, head of the Southern Baptists’ public policy arm.

Jeffress believes a majority of his congregation at First Baptist Dallas welcome the vaccines, while some have doubts about their safety or worry they have links to abortion. Jeffress is among numerous religious leaders who say the leading vaccines are acceptable given their remote, indirect links to lines of cells developed from aborted fetuses.

Moore expressed hope that SBC pastors would provide “wise counsel” to their congregations if members raise questions about vaccinations.

“These vaccines are cause for evangelicals to celebrate and give thanks to God,” he said via email. “I am confident that pastors and lay members alike want churches full again and vaccines will help all of us get there sooner rather than later.”

Other evangelical pastors have been hesitant to take a public stance.

Aaron Harris, pastor of Calvary Baptist Church in Junction City, Kansas, hasn’t discussed the vaccine from the pulpit or decided whether he’ll be vaccinated.

“We don’t believe that this is a scriptural issue; it is a personal issue,” said Harris, who estimates that 50% of the congregation’s older adults have been vaccinated, while fewer younger members plan to do so.

“We shouldn’t live in fear of the virus because we do have a faith in eternity. However, just because we aren’t in fear of it, where is the line of what we ought to do?” he asked. “I’m not going to lay down in front of a bunch of alligators to show my faith in that way.”

Some Christians say they prefer to leave their fate in God’s hands, rather than be vaccinated.

“We are going to go through times of trials and all kinds of awful things, but we still know where we are going at the end,” said Ron Holloway, 75, of Forsyth, Missouri. “And heaven is so much better than here on earth. Why would we fight leaving here?”

John Elkins, pastor at Sovereign Grace Fellowship in Brazoria, Texas, about 50 miles south of Houston, said only one person in his SBC congregation of about 50 has been vaccinated.

“We’re in a very libertarian area. There’s a lot of hesitancy to anything that feels like it’s coming from the federal government,” said Elkins, who is also forgoing the vaccine, at least for now, along with his wife.

Elkins, whose father was a professor of gynecology at the Johns Hopkins School of Medicine, said his congregants’ doubts are not theologically based.

“It’s skepticism about effectiveness,” he said. “People are concerned it was rushed out too quickly.”

Phillip Bethancourt, another Southern Baptist pastor in Texas, has encouraged his congregation at Central Church in College Station to get the vaccine and believes most will. The church hosted a vaccine drive for staff and volunteers at other churches; 217 people got their first doses March 22.

“Even people who might be skeptical from a medical standpoint can understand it from a missional standpoint,” he said. “If it helps more people be able to serve at their church again, so more children can learn about Jesus, that’s a good thing.”

Bethancourt, a former vice president of the SBC’s Ethics and Religious Liberty Commission, has spoken with congregants who spurn the vaccine and say they’re unafraid of dying if that’s God’s will.

“The sentiment doesn’t trouble me on the face of it, but there’s inconsistency,” he said. “We don’t adopt that mentality in other aspects of our life, like not wearing a seat belt.”

Chang said that as a former pastor, he understands why some whose congregations are mistrustful of the government and the vaccines muzzle themselves rather than risk backlash if they urge their flock to get vaccinated.

“There’s going to be some courage required,” he said.

His initiative includes a toolkit for pastors offering suggestions for how to address - within a Christian framework - the various concerns of skeptical evangelicals. They range from the extent of the vaccines’ link to abortion to whether they represent “the mark of the beast,” an ominous harbinger of the end times prophesized in the New Testament’s Book of Revelation.

Partnering in the initiative is the Ad Council, known for iconic public service ad campaigns such as Smokey Bear and “Friends Don’t Let Friends Drive Drunk.”

“We know the important role faith plays in the lives of millions of people throughout the country,” Ad Council president Lisa Sherman said, expressing hope that the campaign could boost their confidence in the vaccines.

As the vaccines first became available, there was widespread concern that many Black Americans would be hesitant to take them due to historic, racism-related mistrust of government health initiatives. But recent surveys show Black Protestants are more open to vaccinations than white evangelicals.

“This pandemic has hit our community like a plague - and that’s made our job easier,” said Bishop Timothy Clarke of First Church of God, a Black evangelical church in Columbus, Ohio. “We’ve done a tremendous job of educating.”

Associated Press religion coverage receives support from the Lilly Endowment through The Conversation U.S. The AP is solely responsible for this content.

FILE - In this Wednesday, June 12, 2019 file photo, J. D. Greear, president of the Southern Baptist Convention, talks about sexual abuse within the SBC on the second day of the SBC's annual meeting in Birmingham, Ala. On March 30, 2021, Greear posted a photo on Facebook of him getting the COVID-19 vaccine. It drew more than 1,100 comments - many of them voicing admiration, and many others assailing him. (Jon Shapley/Houston Chronicle via AP)
FILE - In this Sunday, June 28, 2020 file photo, Senior Pastor Dr. Robert Jeffress addresses attendees at First Baptist Church Dallas during a Celebrate Freedom Rally in Dallas. Jeffress believes a majority of his congregation welcome the COVID-19 vaccines, while some have doubts about their safety or worry they have links to abortion. Jeffress is among numerous religious leaders who say the leading vaccines are acceptable given their remote, indirect links to lines of cells developed from aborted fetuses. (AP Photo/Tony Gutierrez)
FILE - In this Wednesday, June 14, 2017 file photo, Russell Moore, president of the Ethics & Religious Liberty Commission, speaks at the Southern Baptist Convention annual meeting in Phoenix. In 2021, Moore expressed hope that SBC pastors would provide “wise counsel” to their congregations if members raise questions about COVID-19 vaccinations. “These vaccines are cause for evangelicals to celebrate and give thanks to God,” he said via email. “I am confident that pastors and lay members alike want churches full again and vaccines will help all of us get there sooner rather than later.” (AP Photo/Ross D. Franklin)
Tags:
Coronavirus
Trending Now