JT bats break out against Indians 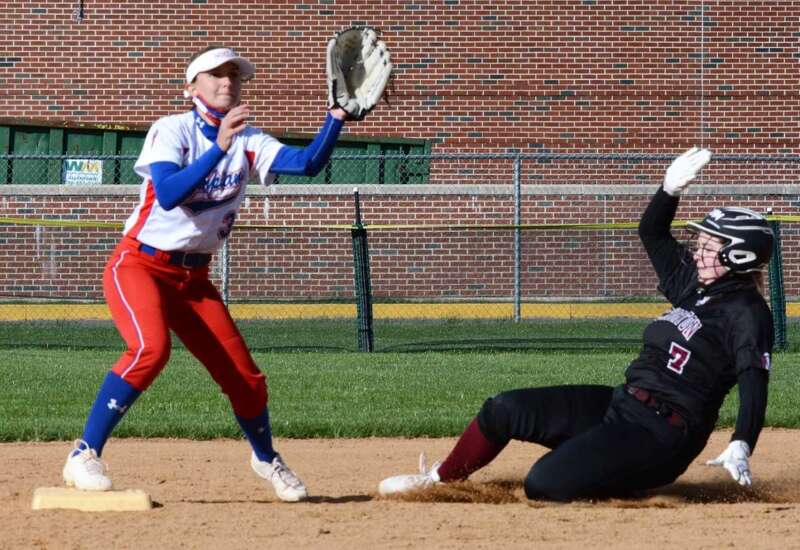 It wasn’t a matter of if, but simply a case of when for Lori Lienhard.

Jim Thorpe’s softball coach got the breakout she was waiting for on Friday as the Olympians’ offense came alive in a 13-6 Schuylkill League win over Lehighton.

“It says a lot, because they have the bats, they have what it takes,” said Lienhard. “Even our last four games we had, they were in it; we were just hitting at people and couldn’t get them to fall in our favor, and today we did.”

Thorpe had lost three of its last four by three runs or less, and struggled with offensive production.

That wasn’t the case against the Tribe.

Lehighton went ahead with two runs in the top of the first and three in the second, but each time the Olympians answered.

“They didn’t give up. They keep battling back,” said Lienhard. “They have proven in many games that they can have eight-run innings, just like anybody else can. “When they went out there, I told them it didn’t matter how many runs they had, we can come back and get just as many runs if not more. They’ve proven to themselves that they’re capable of fighting through it.”

Trista Gehris and Kristin Pompa both had two-run singles in the decisive second inning. Taylor Mordaunt also had an RBI single.

“I was happy at the beginning of the game, we had a real good offense early on,” said Carsen Rosenberger, who had two hits and a walk. “We kept it rolling, and our defense was there too. Our pitcher and catcher worked together really well. It was a good game.”

Lehighton (2-11) opened the scoring with back-to-back homers from junior Cheyenne Whiteman and senior Kendra Peterman in the top of the first.

Sophomore Abbie Miller, who had a leadoff single, scored on an error and an RBI single from freshman Maggie Pagotto and a run-scoring double from Whiteman put the Indians ahead 5-2 in the bottom of the second.

The Indians got an RBI single from sophomore Mia Snyder in the third, but the Olympians got it back on an RBI groundout by Christy McLean in the bottom half that scored Nadya Soliman.

“We have a young team,” said Lehighton head coach Dave Yob. “They all have things they can improve upon, but they’re a very talented group. We’re hoping to really keep building.”

The Indians had a runner in scoring position in each of the final four innings, including loading the bases in the top of the seventh, but were unable to push across a run as Thorpe pitcher Amanda Goodchild worked out of trouble.

“I didn’t hit her today, because I wanted her to focus on pitching,” said Lienhard. “No matter what they hit, I wanted her to keep pitching her game, and that’s what she kept doing.

“With her fighting through it and not letting it get to her, that helped a lot.”

The Olympians added a pair of runs in the bottom of the sixth. After a leadoff double from Pompa, Christy McLean launched a two-run homer to make it 13-6.

... Whiteman finished 4-for-4 for Lehighton, while Pagotto, Peterman and Miller all had two hits apiece. Pompa also had two hits for the Olympians.

... With Pagotto facing a 2-1 count in the top of the first and heavy winds already in the area, players were called off the field when heavy rains hit, making conditions unplayable. The delay was brief, with play resuming a short time later, though the winds and some rain persisted throughout the contest.

... The win snapped an eight-game losing streak for Thorpe, which last won on April 10 against Shenandoah (11-4). The 13 runs is also a season-high. The Olympians hadn’t scored more than four since a 12-8 setback against Lehighton on April 12, the start of the losing streak.