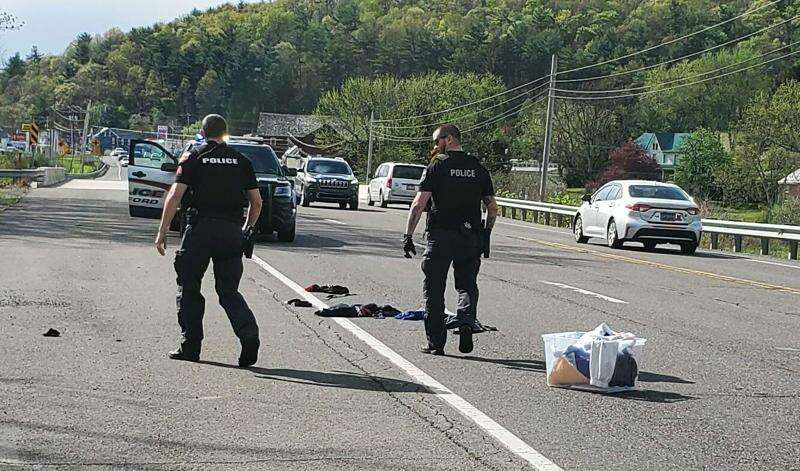 A Lansford man is in custody after leading police on a chase through three counties.

Lansford Police Chief Police Jack Soberick said the incident began with a domestic assault on the 200 block of East Abbott Street. Joseph Collins, 33, is accused of assaulting a woman at about 4 p.m., and the children called police.

Police said Collins ran out into the backyard, fleeing from police. He made it to his car and took off. Police recognized him and began the pursuit.

Collins turned south on Andreas Road, then west on Route 895.

At the intersection with Route 309 at Snyders he turned south. Soberick said police slowed as Collins began to throw items out of the window, to get police to back off or to cause them to crash.

Soberick said during the pursuit he was on the phone with the victim who said he had a gun and threatened to kill himself.

When Collins crossed into Lehigh County, state police at Fogelsville were activated and took him into custody.