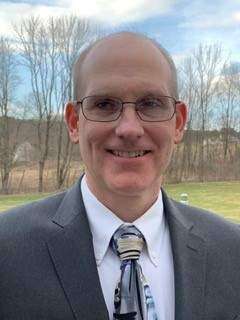 School board President Donna Yozwiak said his retirement has to be approved by the school board during its regular meeting on Thursday evening.

“Dr. Lee has decided to retire after about 16 years of service to the school district,” she said. “We extend our gratitude to him. He has been a very hardworking member of the administration. We wish him all the best in the world.”

Once Lesisko’s retirement is approved, the board has to approve an acting superintendent.

Charlene Brennan, a retired executive director of Colonial Intermediate Unit 20, has been asked to return to the school district to serve a second time as acting superintendent. Her appointment is contingent upon official approval of the Public School Employees’ Retirement System for Pennsylvania. Her start date is yet to be determined.

Brennan first served as acting superintendent in late 2019, after then Superintendent David Piperato resigned to take a position as superintendent for the Easton Area School District. Brennan filled that role until March 2020, when Lee Lesisko was hired as the new superintendent in a 7-2 vote by the school board. Directors Susan Kresge and Dan Wunder voted no on hiring him.

Lesisko has been in the education field for about 28 years. He was the technology coordinator for Pleasant Valley School District from 2006 to 2012, lead administrator for the Pleasant Valley Cyber Academy from 2012 to 2020, and the director of technology from 2017 to 2020.

In a statement on the district’s website, it stated, “Dr. Lesisko is deeply grateful to have had the opportunity to serve as district superintendent and offers his thanks and best wishes to the staff of the school district and the Pleasant Valley school community.”

In addition to handling a pandemic during his first and only year as a superintendent, Lesisko dealt with the resignations of the assistant superintendent, human resources director, business manager and the director of pupil services.

He also faced public criticism for his handling of the district’s cybercharter school, hybrid program for the students remaining in the brick-and-mortar classrooms, health and safety policies, furloughs of paraprofessionals, proposed furloughs of teachers and administration, and most recently the contract for transportation of students.