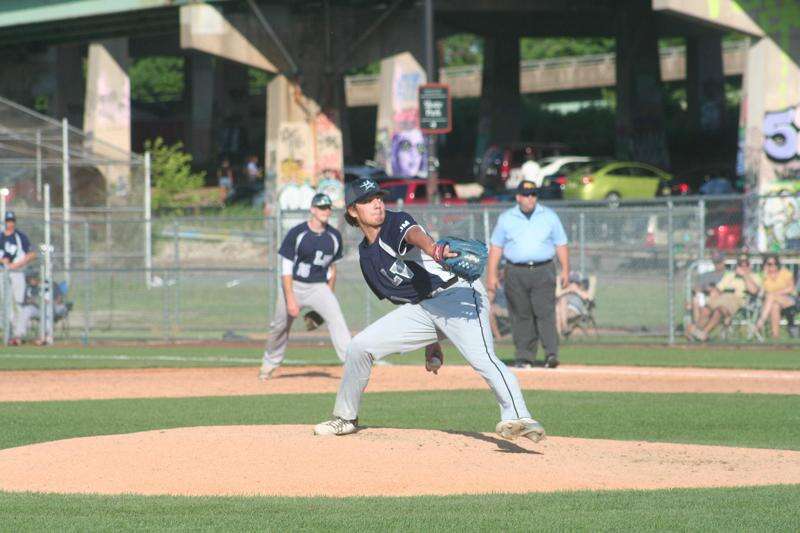 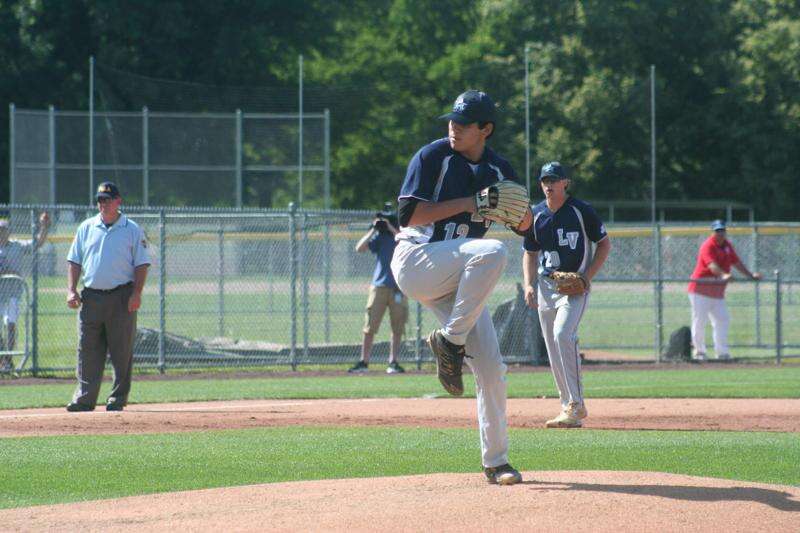 Ted Plessl has seen his share of baseball, and much of it has been as the manager of the Lehigh Valley teams playing in the annual Carpenter Cup tournament in Philadelphia.

He considers this year’s entry one of the better clubs he has piloted in what is a highly competitive tournament.

Lehigh Valley opened play Tuesday against Philadelphia Catholic and left the field with a 6-0 win on the backs of four different pitchers, who combined to hold Philly to just four hits.

“Two years ago, we had an unbelievable team, and this team is right there,” said Plessl, the former Palmerton head coach who has managed the LV teams since 1998. “They’re right on the cusp of being able to do it and time will tell, but they know what they have to do.”

Parkland’s Bo Barthol picked up infield singles in each of the first two innings and came across the plate to score a run both times, while also driving in a second-inning run.

Barthol singled to third in the first inning and, two outs later, stole second before being able to score on an RBI-single by Matt Tankred (Southern Lehigh), giving Lehigh Valley the early lead, 1-0. The big blow in the second inning came from Easton’s Justin Ramirez, who tripled to drive in two runs.

Barthol’s single to short, and a wild pitch with the bases loaded, brought home two more runs to give Lehigh Valley a 5-0 lead after two innings.

“I would have liked to see us get more add-ons [runs], but our pitching was great and then you take a look at the defense behind them, and that defense made our pitchers even better,” Plessl said. “That was pretty much the story, I would say, and we got some runs early, and that leads to more confidence on the mound, and the defense just kept coming up big.”

Both Blake Barthol (Parkland) and Rafe Perich (Northwestern) were hit by pitches in the fifth inning and two wild pitches, along with a passed ball brought Barthol around to give Lehigh Valley a 6-0 edge to cap their scoring on the day.

On the mound, pitchers are limited to a maximum of three innings, and Northwestern’s Carter Welch made the most of his opportunity, allowing just one hit and striking out two. Easton’s Justin Johnson threw three more shutout innings, while Pleasant Valley’s Brandon Ratti continued the streak with two shutout frames before Beckham McNally (Bethlehem Catholic) threw a scoreless ninth.

Ratti got into some trouble in the eighth when he gave up two singles and a walk, all with two outs, but came back to strike out Neumann-Goretti’s Jameson Massino to work out of the jam.

“It’s definitely very competitive, and everyone is obviously a very good player,” said Ratti of the competition. “My teammates have been very helpful, and they’re very confident in our pitchers, and they motivated me to pound the strike zone, and I just did that.”

Northwestern’s Dylan Witkowski is playing in his first Carpenter Cup tournament and has enjoyed getting to know players from opposing teams - including Bethlehem Catholic, who beat the Tigers to prevent them from going to the PIAA tournament.

“It’s great to get to play with these guys, because these guys are definitely going to play baseball in college, so I can learn a lot of things from (them),” said Witkowski.

NEXT UP ... Lehigh Valley will play Olympic Colonial (New Jersey) on Friday in the quarterfinals of the tournament, which is sponsored by the Philadelphia Phillies and held at FDR Park, across from Citizens Bank Park where the games will move to for the semifinal round and finals next week. Witkowski admitted to allowing himself to dream a little as he passed CBP on his way to Tuesday’s game. “I’m definitely thinking about that,” said the rising senior from Northwestern. “It’s definitely the end goal for the story.”

RULES AND REGULATIONS ... In addition to limiting pitchers to three innings, the Carpenter Cup has other interesting rules. Batters are not allowed to bunt until the seventh inning or later, and then only if it is not their first at-bat, and there are no intentional walks allowed. Rosters are limited to 25 players – two at each of eight positions, two designated hitters and seven pitchers – with all 18 position players having to play at least four innings. Substitutions must come between the fifth and sixth innings, and players are not allowed to re-enter the game. Each game is nine innings, and the tournament is single elimination.

OTHER LOCALS ... Beside Welch, Ratti, Perich and Witkowski, four other area players participated in the contest. Palmerton’s Brock Bollinger reached base in both of his plate appearances as a designated hitter. He collected a hit and also walked. Northwestern’s Nick Henry played center field and had a walk and a stolen base. Pleasant Valley’s Zach Walters started at first base and had a walk and a run scored. PV teammate Jack Smale played left and was 0-for-2.