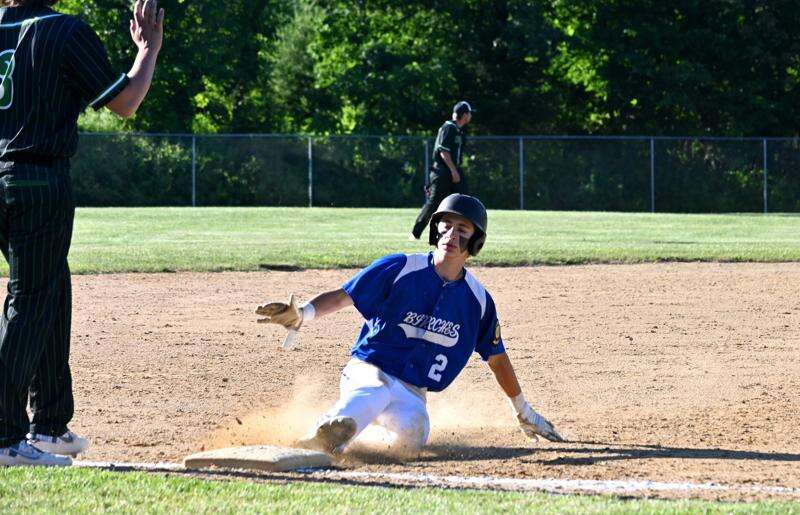 The Birches have their sights set on another run in the NORCO Legion postseason.

They took a big step toward securing a playoff spot on Thursday.

With everything to play for and only a handful of games remaining, the Birches knocked off Wind Gap 7-2 to record another critical win.

“They knew today was a big game for them, because we need all the wins we can get to get to .500 for the playoffs,” said Birches mentor Butch Foust. “They knew we needed it, and right from the beginning they kept their heads up and played really well.”

The Birches (5-6-1) fell behind 2-0 in the top of the first inning but never flinched, answering with a pair of runs in the bottom of the frame to tie it.

Starting pitcher Dallas Greenzweig showed the poise of a veteran on the mound, going the distance and allowing just four baserunners over the next six innings.

Greenzweig hurled a complete game, allowing six hits and just one walk and striking out seven over the final six frames.

“It was really big for the team,” Greenzweig said. “We’ve been thin on arms this year with a lot of games in one week, so to be able to go deep into the game was big.

“Just to be able to throw strikes and be confident our team was going to score runs, is huge for me on the mound. We’ve had a lot of close games that we should have come out on top, and just didn’t.”

Each of the Birches six losses this season have come by one run.

The Birches sent eight batters to plate in the fifth, scoring three runs to extend the lead to 7-2.

Ratti started the run with an RBI single to bring in Jack Smale. Ben Mostosky’s sacrifice fly brought in Ratti, and Nate Mostosky added his second RBI of the game with a single to score courtesy runner Mike Konopke.

“It’s big to put the ball in play,” Nate Mostosky said. “You never know (what could happen). A ball to the outfield could be a hit, an error, and maybe you get two or three runs. And we had that today. That helped us a lot.”

Ratti finished the game 3-for-3 with two singles, a triple and two runs scored.

“This is the biggest game he had all year,” Foust said of Ratti. “He was a key player that we haven’t had because of the Carpenter Cup, he missed a couple of games in a row, and having him in the lineup transforms the whole team.”

Wind Gap put together a rally in the first with a leadoff single from Ethan Saxe and a walk from Bradley Rissmiller. Starting pitcher Gavin Pritchard delivered a two-run double to the right field gap to give the Knights a 2-0 lead.

But that was all Greenzweig would allow.

And the Birches responded when Nate Loch opened the bottom of the inning with an infield hit, stole second and made it to third on an error. Jack Smale brought him in with a single to make it 2-1.

Andrew Meitzler, the fifth batter of the inning, brought in Smale with an RBI groundout to tie it at 2-2.

“We’ve been in every game all year, and right now we just have to keep playing on,” said Foust. “But tonight was big.”

... The Birches will take on Nazareth today, with Ratti likely to make the start. “It’s time to rock and roll,” said Greenzweig. “We’ve got our big ace going tomorrow who’s going to throw us a good game, and we’re going to come out on top.”