Local roundup: Results from July 17 and 18 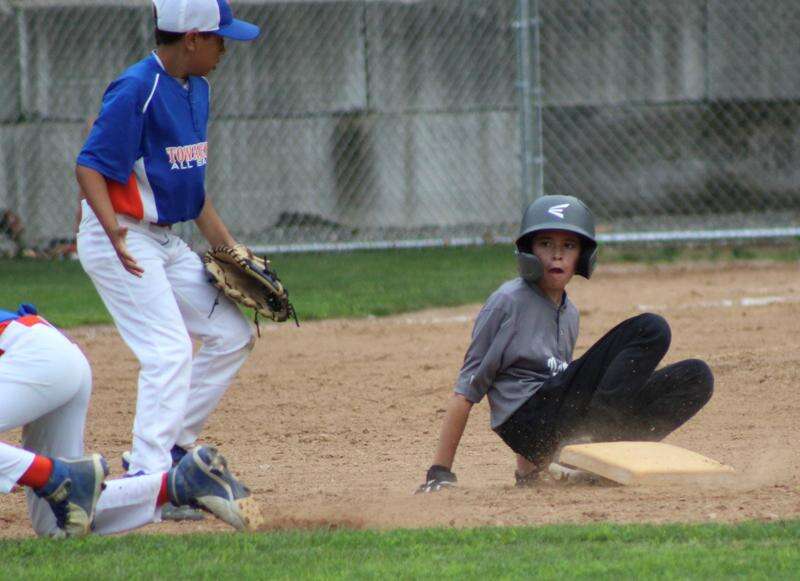 Anthracite posted a win in the Panther Valley Little League 11-12 Tournament Sunday, while the Tamaqua Blue squad picked up a victory on Saturday in the 8-10 tourney.

Kaden Koerbler (2-for-3, two RBIs, two runs scored) had an inside-the-park home run for Anthracite, while Derek Lazar, Trent Hausman, Chase McArdle and Brian Boretski all chipped in with hits.

Boretski and Lazar pitched for the walk off win.

George tripled twice and scored a pair of runs for Towamensing. Wilson also recorded a pair of hits in the loss.

Poluka had a hit and an RBI for Anthracite.

Martins Creek pulled away from Berlinsville for a 14-4 win in a Blue Mountain League contest.

Alec Snyder launched a grand slam for the Creekers (11-10) in a six-run fourth inning, and went 2-for-3 with a double, five RBIs and a run scored.

Brandon Mazzie (2-for-3, double) hit a three-run blast in the third, and Matt Rosace (2-for-3, triple, two RBIs) added a solo shot in the fifth inning.

Austin Mueller and Cody Krupa, a Northern Lehigh graduate, hit solo homers for the Braves (5-15-1) in the fifth and second innings, respectively.