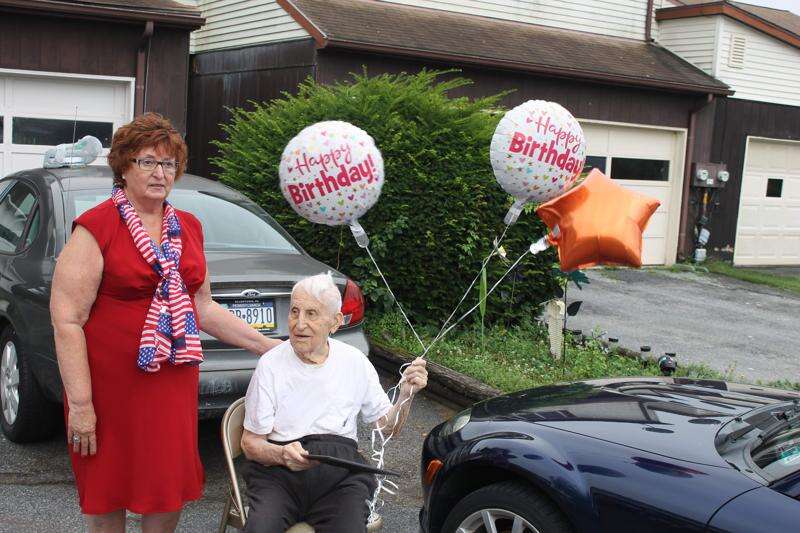 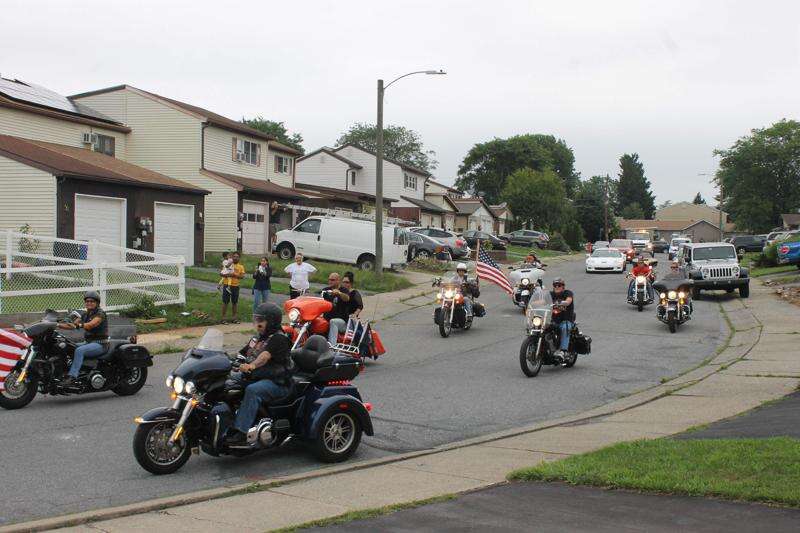 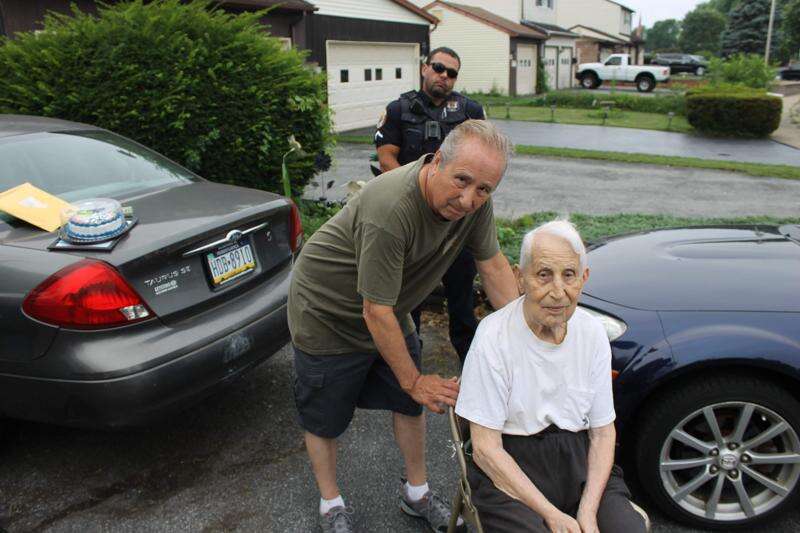 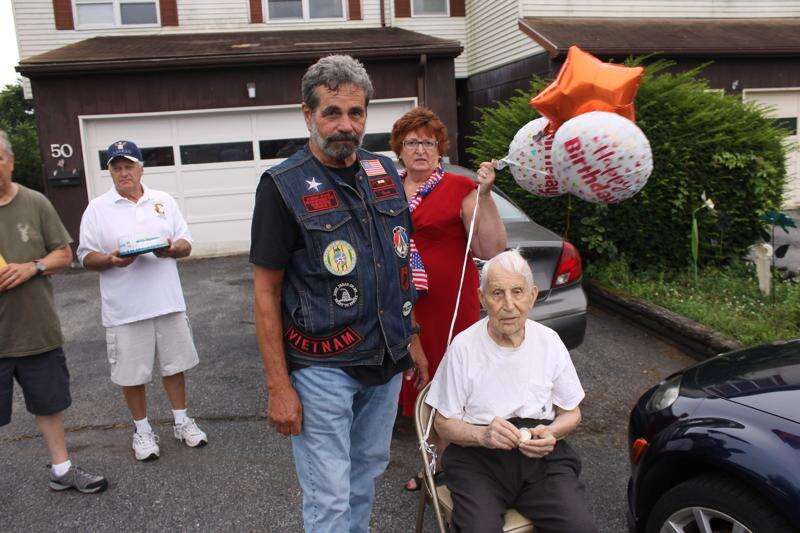 by PAUL CMIL Special to The Press

Catasauqua celebrated the 95th birthday of Donald Sweeda July 13 with a parade to his borough home.

The parade was set up as a surprise because his neighbors said Sweeda was a quiet, reserved man who required no fanfare.

Mayor Barbara Schlegel proclaimed the day as Donald Sweeda Day in the borough, marking the man’s 33 years as a Catasauqua resident, his birthday and his heroics as a serviceman.

Sweeda was in the U.S. Marines and fought in Iwo Jima during World War II.

He suffered an injury during the war - a gunshot wound to the arm - March 12, 1945. He was treated in a naval hospital and left the war with a bum arm. While he was recuperating, he noticed he lost much of his arm strength. His arm healed but was never as strong as it was before.

This injury did not stop Sweeda from enjoying his life. He played baseball and decided to learn as a southpaw, developing his nondominant hand to compensate for his injury.

He was a second baseman for the North Atlantic League, playing for the Stroudsburg Poconos, from 1948 to 1950. The minor league team was a Cleveland affiliate.

He had a lifetime .278 batting average, with three homers and 52 runs batted in.

Sweeda received a Purple Heart for his military action.

Carol and Richard Silvoy, close neighbors of Sweeda, shared some of the details of this special man’s life.

PRESS PHOTO BY PAUL CMIL Catasauqua Borough Mayor Barbara Schlegel joins resident Donald Sweeda July 13 in celebration of his 95th birthday. A parade preceded the activities outside his home.
A crew of motorcyclists takes part in the parade celebrating the birthday of Catasauqua resident and World War II veteran Donald Sweeda.
Sweeda and his son take a moment for a photo during the gathering.
PRESS PHOTOS BY PAUL CMIL Howard Cunningham gives Sweeda a military coin in appreciation of his service. Sweeda fought in Iwo Jima during World War II. Also pictured is Catasauqua Borough Mayor Barbara Schlegel.
Trending Now