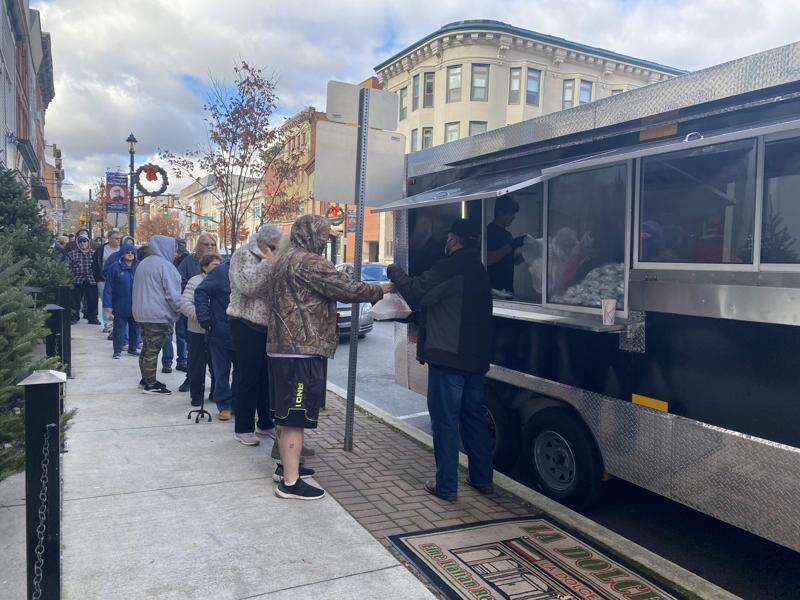 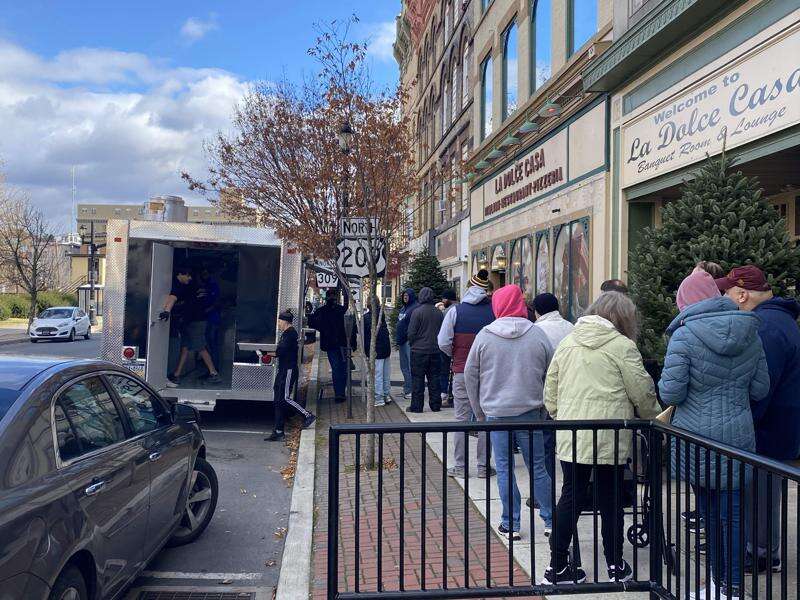 Hungry locals lined up on West Broad Street at 11 a.m. between the restaurant and its food truck to receive a hearty platter offered by restaurant owner Alfie Picone.

“It brought tears to my eyes to go out there and see so many people. I had an older lady come in earlier at 9 a.m. and ask for one because she was really hungry.”

“It puts me in tears and I’m speechless,” said Picone. “It touches your heart. We have a lot of negativity out there - prices are high - but you need to find the space to donate. It doesn’t matter what.”

The restaurant team didn’t close up shop from Monday’s work until 1 a.m. Tuesday. They were back in action, some as early as 5 a.m., to continue preparing for the giveaway.

“By me doing it, maybe it motivates someone else to do it,” Picone said. “And if all of us get together, we’ll be in a better place in town. Things are tough, I know, but we have to find the space to accommodate someone that needs it more than us.

Five La Dolce Casa employees worked tirelessly inside of the food truck during the rush, while volunteer Robbie Van Norman braved the cold and organized the distribution to the public.

Van Norman, a Tamaqua native who is also the Kellner’s Dam Association secretary, said he was honored when Picone asked for his assistance with the donation. By 11:30 a.m., he estimated that 200 platters were served. Van Norman was happy to help.

“It’s just the community - the faces I know and people I see,” Van Norman said.

“I’m grateful and I believe in karma. As much of people may down-talk things that happen in this town, the bottom line is, if it wasn’t for the community, this town wouldn’t exist.”

La Dolce Casa gave away all of its prepared food by the early afternoon. Picone said his team served well over 615 dinners.

After all of originally planned giveaway food was distributed, Picone’s phone kept ringing with community members on the other end hoping for food. He decided to keep giving, as Picone gave away more food from inside the restaurant until about 3:30 p.m.

“I want to wish everyone a happy Thanksgiving and we appreciate the strong support from the community,” Picone added.

Come one, come all to the tree lighting at Ontelaunee Park